The Rise of Micro Flats in London – Could You Live in 19 Square Metres? 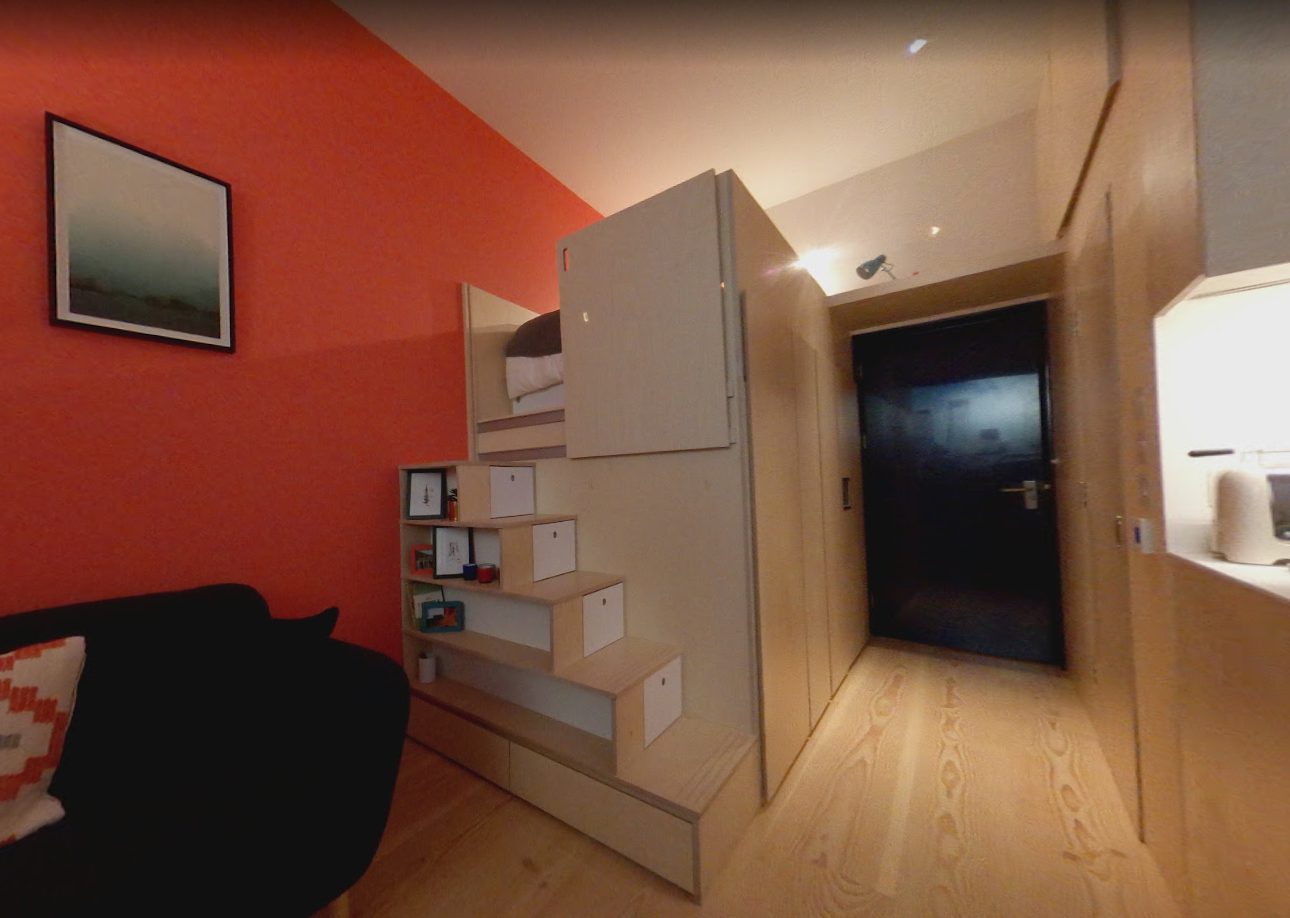 Micro flats aren’t a new concept. New York welcomed its first micro-apartment complex nearly a decade ago, but micro flats in London are definitely on the rise. Created to help support the housing crisis, particularly in densely populated locations, the micro flat has been designed to provide all you would expect in a flat, but in a tightly packed space.

Since 2015, the Government guidelines have recommended a minimum space of 37 square metres, that’s just under 400 square feet in old money, but micro flats are being built with a third less space at 24 square metres. That might seem small, but when you think the average student space in London is just over 13 square metres, it suddenly seems more spacious.

So is this concept, small but perfectly formed or will these micro flats bring about a case of claustrophobia?

The flats are all well designed. With intelligent storage solutions and clever use of all the space. Ideas such as using smaller, scaled-down, kitchen appliances, give the feeling that you’re not sacrificing functionality for space. 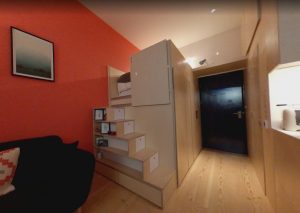 U+I has launched Town Flats in the centre of London with some as small as 19 square meters. The bed contains storage including the utility cupboard underneath it and the steps to the bed are cleverly disguised as storage units. 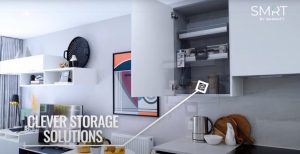 Barratt has developed a new concept for their housing developments called SMRT, which combines design and clever storage to ensure every cm of space is used. Their small apartments are on average 37 square meters and are aimed at the younger London commuters.

These flats are also part of a wider complex, with plenty of shared communal space and even some co-working areas. Could these complexes inject some much-needed community feel back into some central locations where second properties have eradicated it?

The micro flat could also provide a solution to soaring rents in London with many of these flats on the market at 20 – 30% lower monthly rent.  However, it’s not all low square footage equals low cost. With every flat needing plumbing and electricity, they can be more expensive per square metre than slightly bigger London properties.

With the pandemic affecting many businesses, the micro flat could also be a good solution to empty retail outlets and offices.

So would you want to live in a micro flat?

Maybe you’ve found out in the pandemic that you’d rather live alone, or flat-sharing isn’t for you. Or perhaps you need a London crash pad? But in a recent article in the Guardian one tenant talked about the intricacies of living in a micro flat

“I have to sleep with earplugs because the boiler is right above my bed and the fridge is also making noises all night. And my sink is my kitchen sink – that’s where I wash up and shave and do my teeth.”

Whether you admire the clever designs and like the idea of being able to fall out of bed into the kitchen or think you’d struggle to live in this space, there is no arguing that the concept provides new ideas and solutions to the housing crisis in London.

Looking to buy, sell or make changes to a property?

Barnes & Barnes can provide you with impartial, independent and accurate surveys of your property.
Contact us today for a free no-obligation quote
0207 737 7243
enquiry@barnesandbarnes.london

Request a quote
We use cookies on our website to give you the most relevant experience by remembering your preferences and repeat visits. By clicking “Accept”, you consent to the use of ALL the cookies.
Cookie settingsACCEPT
Manage consent

This website uses cookies to improve your experience while you navigate through the website. Out of these, the cookies that are categorized as necessary are stored on your browser as they are essential for the working of basic functionalities of the website. We also use third-party cookies that help us analyze and understand how you use this website. These cookies will be stored in your browser only with your consent. You also have the option to opt-out of these cookies. But opting out of some of these cookies may affect your browsing experience.
Necessary Always Enabled
Necessary cookies are absolutely essential for the website to function properly. This category only includes cookies that ensures basic functionalities and security features of the website. These cookies do not store any personal information.
Non-necessary
Any cookies that may not be particularly necessary for the website to function and is used specifically to collect user personal data via analytics, ads, other embedded contents are termed as non-necessary cookies. It is mandatory to procure user consent prior to running these cookies on your website.
SAVE & ACCEPT