Brexit and the Property Market – Buy, Sell or Do Nothing?

Purchasing a House | Selling Your House 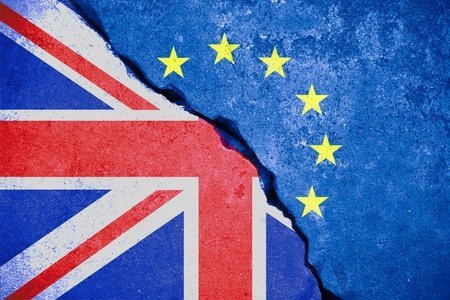 According to the media a flurry of people have pulled out of London house purchases because of Brexit fears. Are their concerns justified, or are people reacting to soon to a situation whose ramifications cannot actually be predicted? We thought it’d be useful to explore the capital’s post-Brexit property market landscape and provide some common sense advice.

The day after the Brexit vote estate agents were deluged with panicky calls from property buyers. Plenty of them pulled out of high-end London deals, prompting one London agent to criticise buyers for ‘knee-jerk reactions’. By Saturday morning many of the capital’s estate agents were busy re-listing properties after sales had collapsed.

Behind the Brexit panic there’s another situation brewing, and it’s one born of greed. One London estate agent claimed some sellers had pulled out of current sales only to relaunch their properties to overseas buyers. Because Sterling is at a 30 year low some commentators are predicting a Brexit ‘bounce’, whereby  overseas investors wait a few weeks until the market has fully softened, then pick up a cut-price bargain.

London is special, of course, a unique market within a market, and property prices at the luxury end of things are expected to fall at least 10% over 2016 as a result of Brexit. But what about ordinary people who are not making an investment per se, simply buying a home to live in?

A 2008-style crash looks unlikely. Most experts acknowledge borrowers are not as highly leveraged as they were back then. The number of ‘distress sales’ is expected to be low, which means a widespread trend for price reductions is unlikely. Others insist investment in London property is still a good idea as long as you’re prepared to sit on it for a while rather than flipping for short-term profit.

The current situation could prove a boon for buy-to-let landlords, whose profits could soar if house prices fall. And overseas buyers could benefit too, if house prices in the capital drop to 2013 levels, almost 20% lower than they are now

Brexit and the EU property market

Brexit doesn’t seem to have affected the mainland Europe property market, with bargains to be had across France and beyond. Nor should leaving the EU make the property buying process over there any more difficult.

Brighter news on the horizon

Falling London property prices, more investment from overseas buyers, fewer overall transactions, less affordable housing being built, and even a ‘London Exodus’ are all being predicted. But there’s brighter news on the horizon too, with plenty of experts saying the city’s property market will recover quickly, and others insisting that while demand in the rental market might fall, rental prices should remain much the same or even go up.

At the same time, on 5th July The Telegraph reported how thing were getting back to normal, with the headline, ‘Business as usual as housing and mortgage markets crank back to life’. And EU departure has even been tipped as helping London’s first time buyers get on board the property ladder.

As Stuart Johnson at Prime Centrum said on The London Economic website:

“There will be short-term uncertainty but we remain very confident in the long-term growth of the UK property investment market. The case for UK property is underpinned by a number of factors that will not change as a result of the UK leaving the EU.

UK buyers drive property demand and home owners are responsible for the majority of purchases of UK property and these buyers will still be ready to purchase over the medium and long term, especially given interest rates that are likely to remain low as the Bank of England focuses on maintaining stability. Furthermore, the overall lack of supply of property remains a fundamental factor that shows no sign of abating for many years and certainly this will not change whether the UK is in or out of the EU.”

Keep calm and carry on

Yes, there have been plenty of reports of an imminent financial crash, followed by a deepening recession. The pound has gone into a tailspin and there’s no doubt things are very uncertain right now. On the other hand there are two sides to every coin and it’s impossible to predict the future at the best of times, let alone make sense of things part-way through a crisis.

The referendum result was a shock. But more and more people in the know are starting to get excited about the long term prospects for Britain’s housing market and its investors. The Leave campaign may have won the day but in the medium to longer term, the prospects for UK residential property remain strong.

Our advice? We’re recommending that you keep calm and carry on. No one actually knows what’s going to happen in the weeks and months ahead, so why put your life on hold when you’ve just found your dream home?

Looking to buy, sell or make changes to a property?

Barnes & Barnes can provide you with impartial, independent and accurate surveys of your property.
Contact us today for a free no-obligation quote
0207 737 7243
enquiry@barnesandbarnes.london

Request a quote
We use cookies on our website to give you the most relevant experience by remembering your preferences and repeat visits. By clicking “Accept”, you consent to the use of ALL the cookies.
Cookie settingsACCEPT
Manage consent

This website uses cookies to improve your experience while you navigate through the website. Out of these, the cookies that are categorized as necessary are stored on your browser as they are essential for the working of basic functionalities of the website. We also use third-party cookies that help us analyze and understand how you use this website. These cookies will be stored in your browser only with your consent. You also have the option to opt-out of these cookies. But opting out of some of these cookies may affect your browsing experience.
Necessary Always Enabled
Necessary cookies are absolutely essential for the website to function properly. This category only includes cookies that ensures basic functionalities and security features of the website. These cookies do not store any personal information.
Non-necessary
Any cookies that may not be particularly necessary for the website to function and is used specifically to collect user personal data via analytics, ads, other embedded contents are termed as non-necessary cookies. It is mandatory to procure user consent prior to running these cookies on your website.
SAVE & ACCEPT